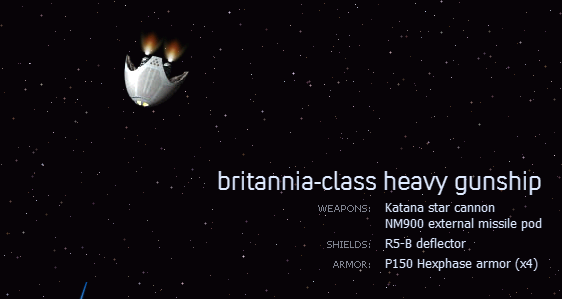 The Britannia is the newest gunship the Commonwealth fields. It is superior to its predecessor, the Centurion, in both survivability and firepower, relying on its missile pod loaded with Lucifers to deal massive damage. It is usually seen defending stations alone, although groups can be seen defending important locations and ships, such as Commonwealth Star Carriers and Point Juno (see below). 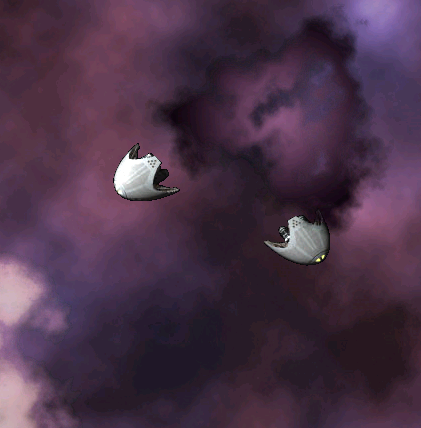 As with any gunship, it cannot usually sustain combat for long periods of time without getting repairs and reloading its missile pods.

Beware engaging a Britannia. They are known for their powerful long-range Katana Star Cannons as well as their deadly XM-900 Lucifers. These ships are fast and maneuverable. Do not engage in combat between these ships unless you know what you're doing.