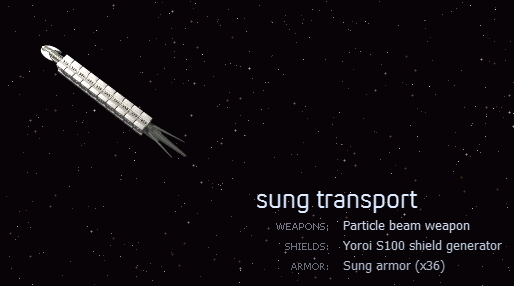 Often escorted by a small swarm of Wind slavers, these long, thin freighters are seen in the Ungoverned Territories being used by the Sung Slavers to transport slaves and Sung equipment.

Shoot at the critical armor segments at the front or back, or shoot through a non-critical segment on one of the sides and then hit it with a few missiles.