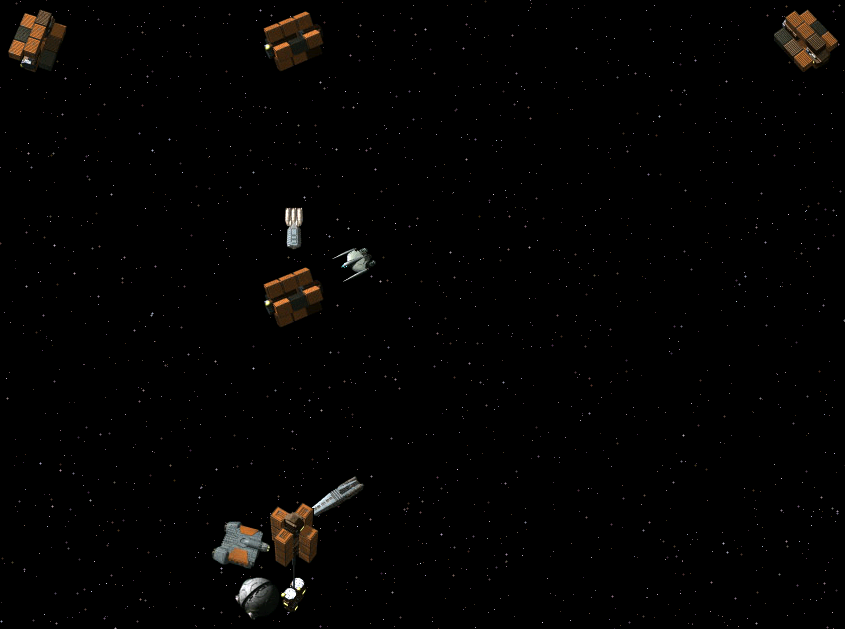 A quatro of container habitats from the sidelines of the Rigel Battle Arena, joined by a cleverly disguised commonwealth slums station at the bottom.

Container habitats are small slummy stations found in the poor areas of the Commonwealth. If you donate items they like, they'll reward you with some location-dependent rumors or a pointer that may be useful. They have no random name scheme and are always labled as “Container Habitat”.

The rumors given by the container habitat are mostly flavorful minor tips about early encounters and situations.

When the habitat likes you more, they'll offer more specific help. Depending on what stations are in the system, this can include: