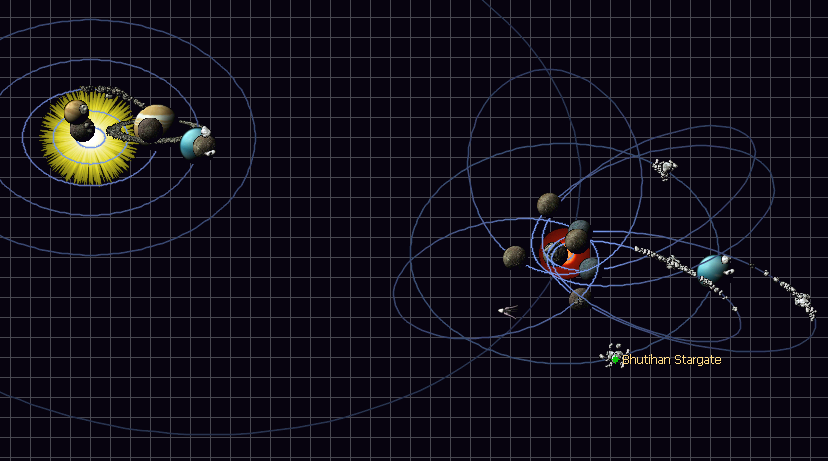 There is only one thing to say about binary star systems: LONG TRAVEL TIMES. Although yes, there are more stations and loot, it isn't very fun to wait for five minutes to travel from one star system to another, and it certainly isn't very fun when to get attacked by one of the Sapiens in between the interstellar void between two suns. It does, however, drive the vastness of space into the mind of the player, and sometimes be very fun to explore (if the long travel time can be tolerated). Usually stargates also spawn in one star and the second one spawns in the other star, so the average space traveler is forced to go through the distances between the two stars.