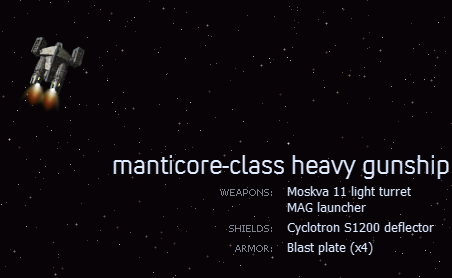 A ship that is usually used for an ill suited task: defending stations. Equipped with a Makayev or MAG launcher, this ship sometimes destroys the very station it tries to defend.